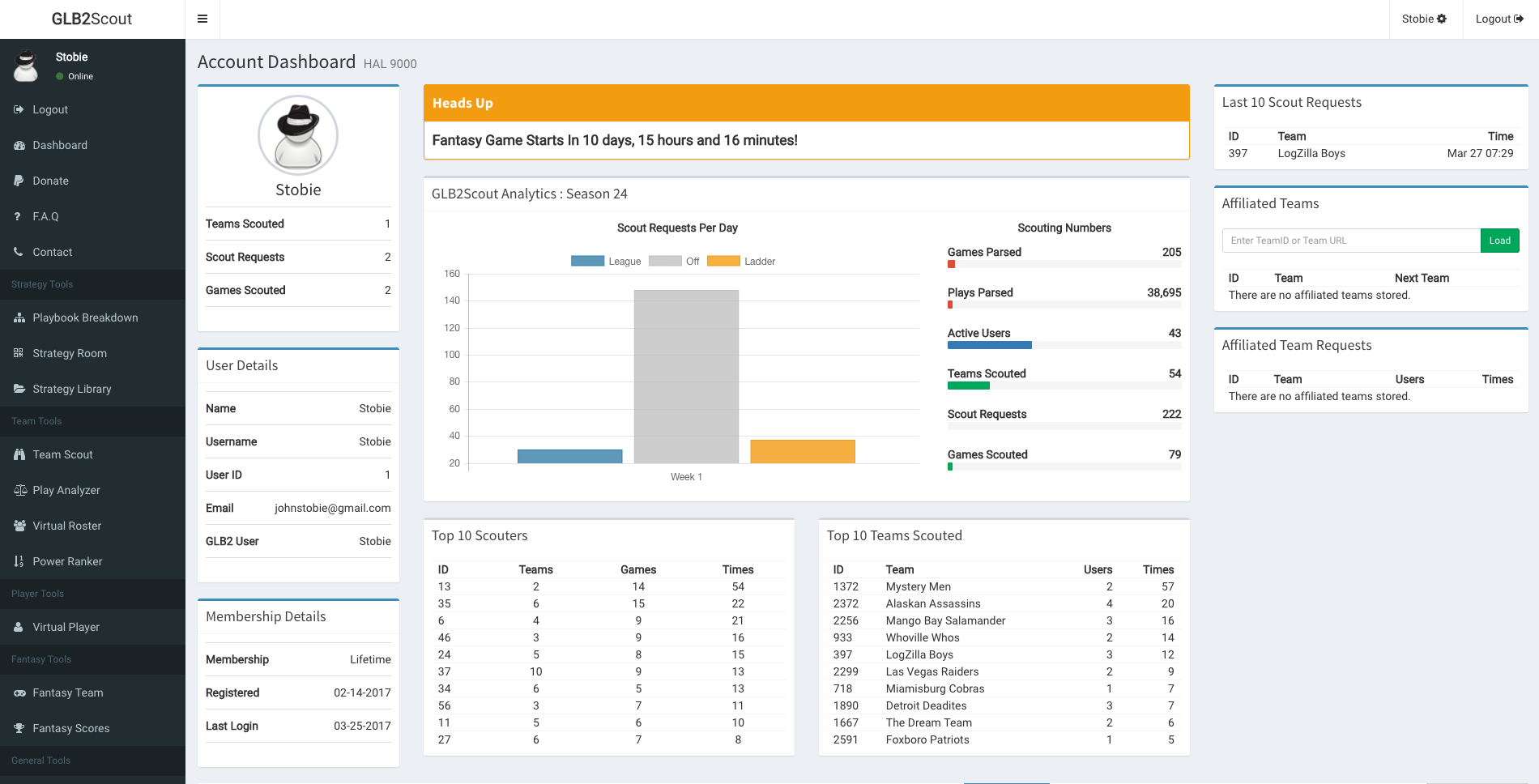 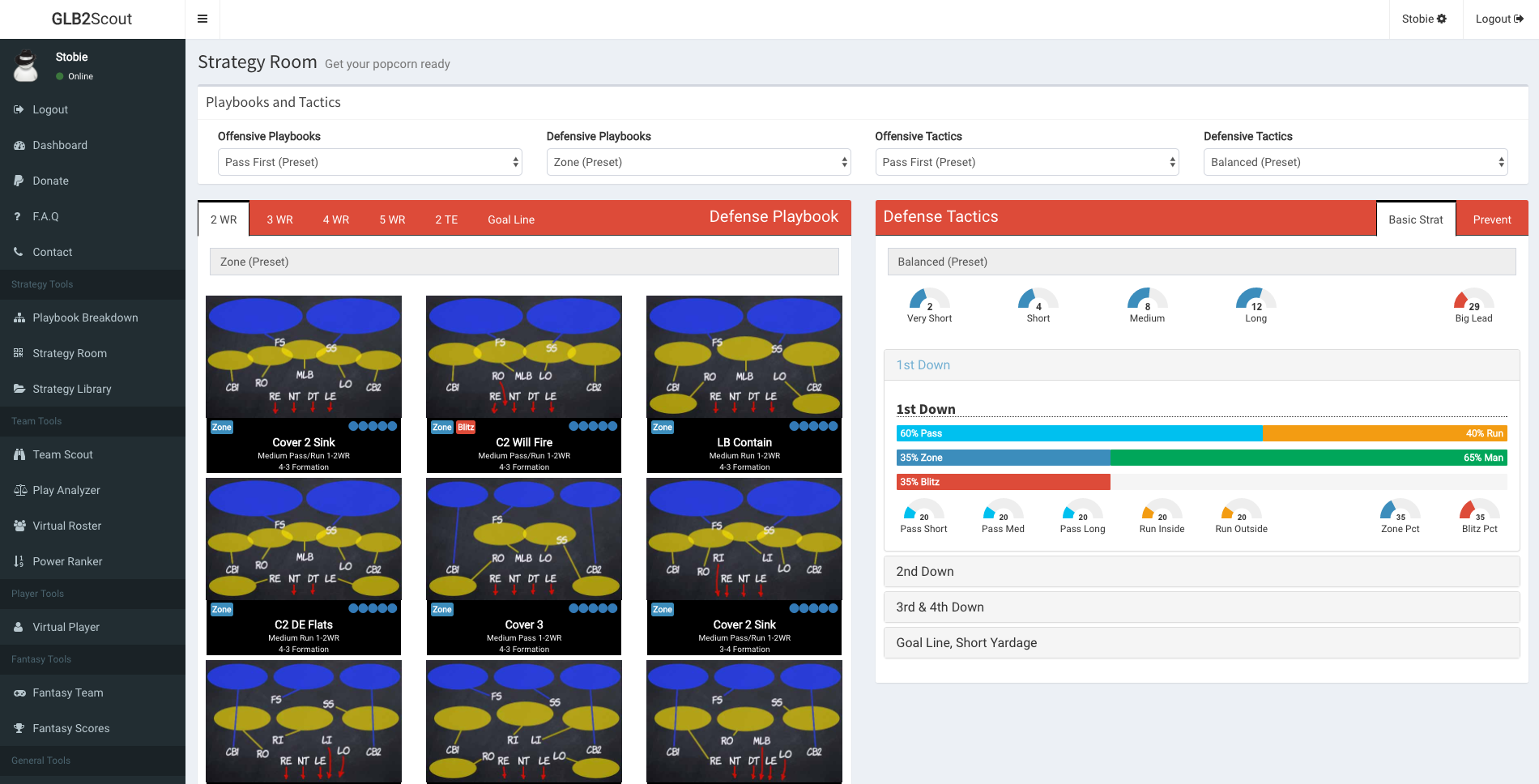 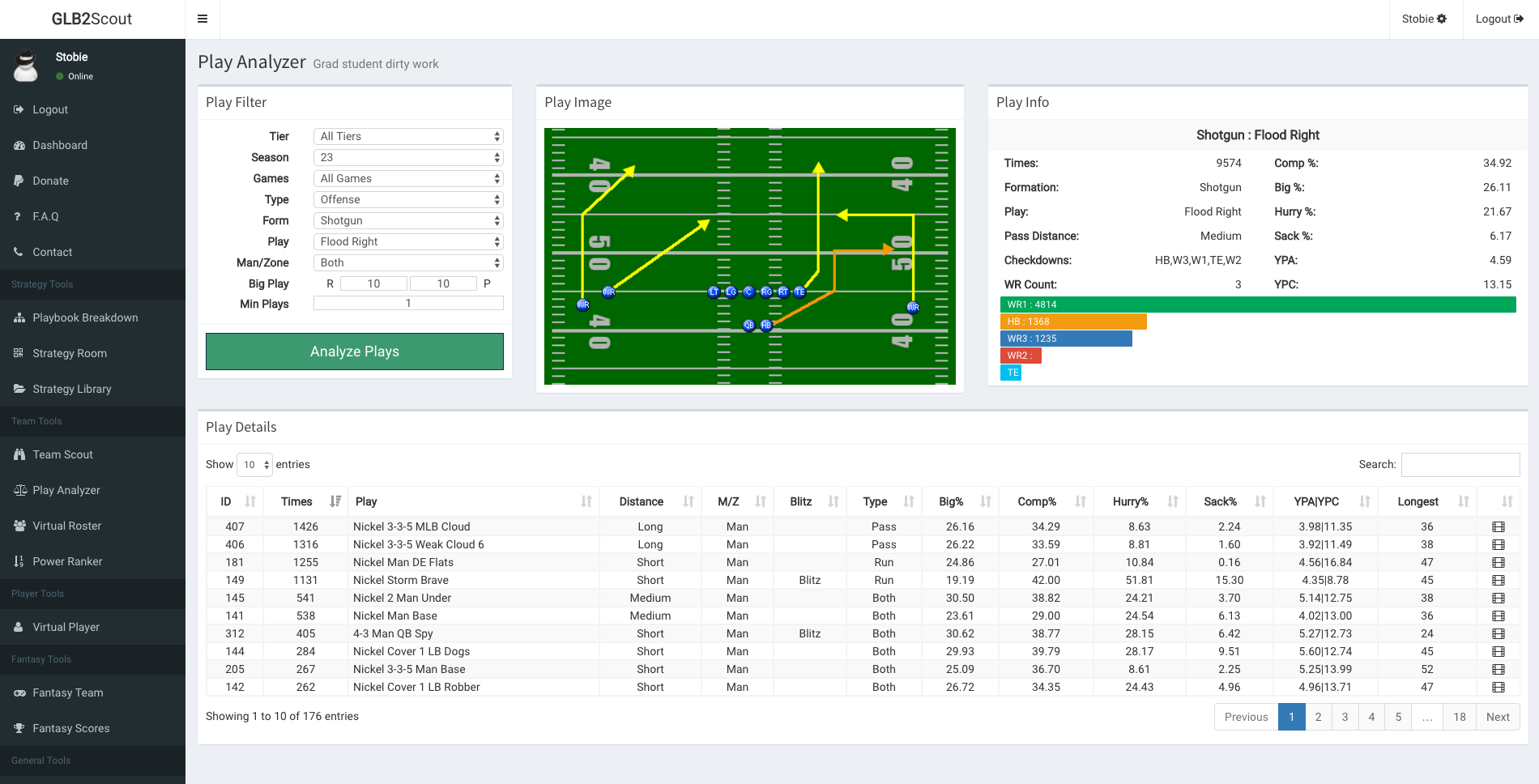 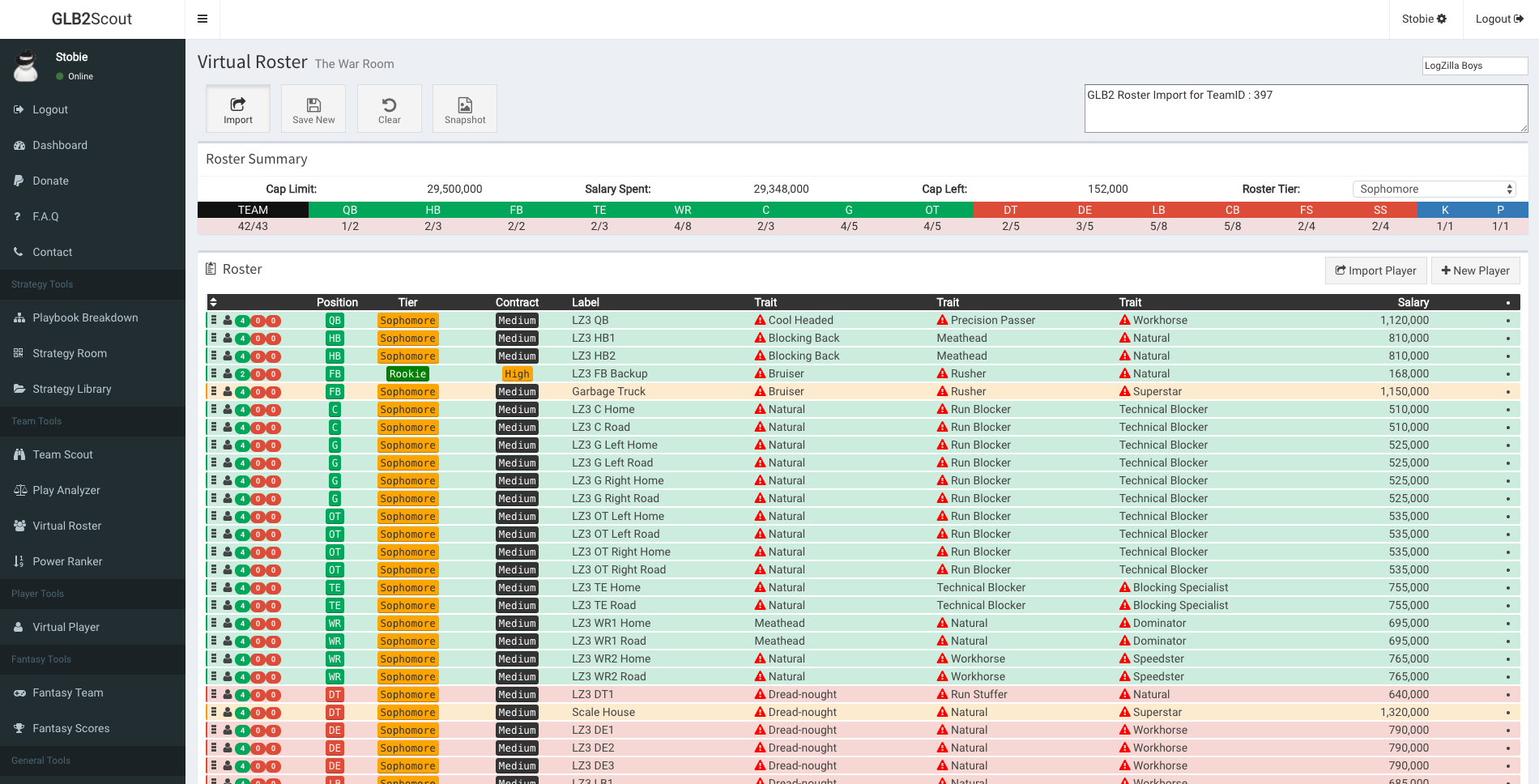 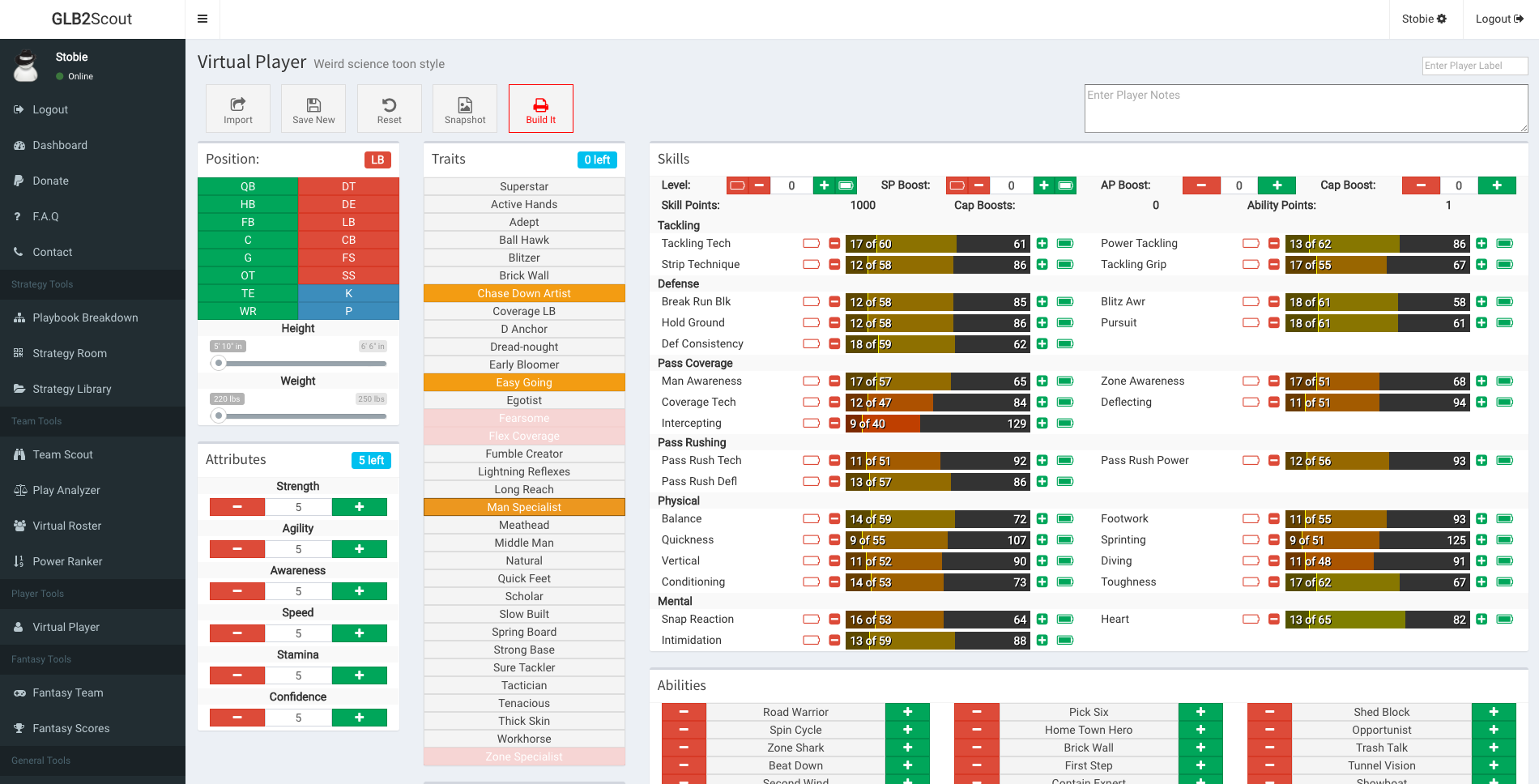 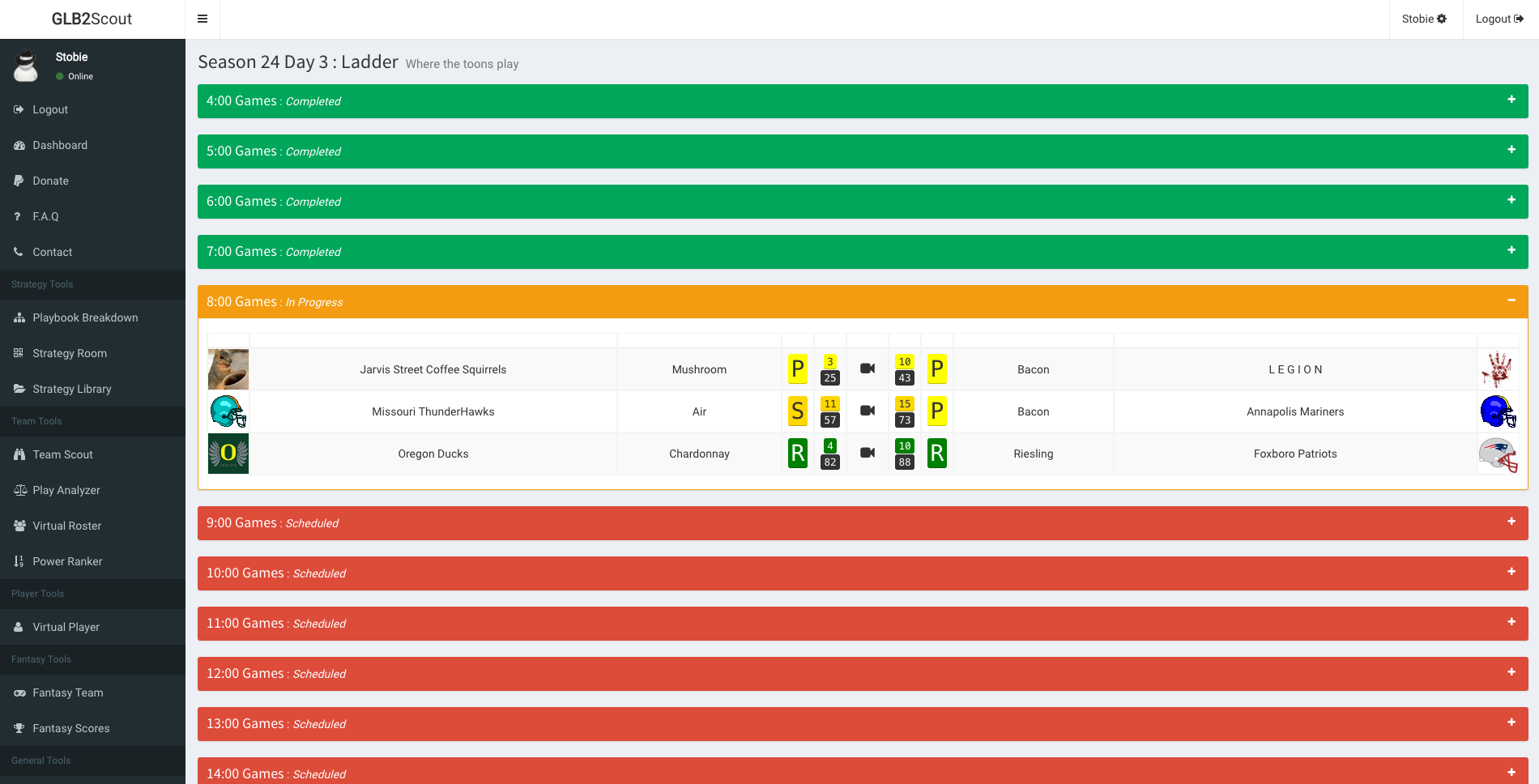 GLB2Scout was built based off a MMORPG (Multi Member Online Role Playing Game) of American Football, that allows you to create players, teams, strategies and tactics. While playing the game, I noticed many flaws in the game that didn't allow users to play the game with ease. It took too long to play and people were leaving due to this. I decided to then build GLB2Scout, which datamines the game's website and stores said data in my database, which I recall and display to members of GLB2Scout for a perfect companion to the game. Listed below are the major functions I created based on the lack of fuction in the game itself.